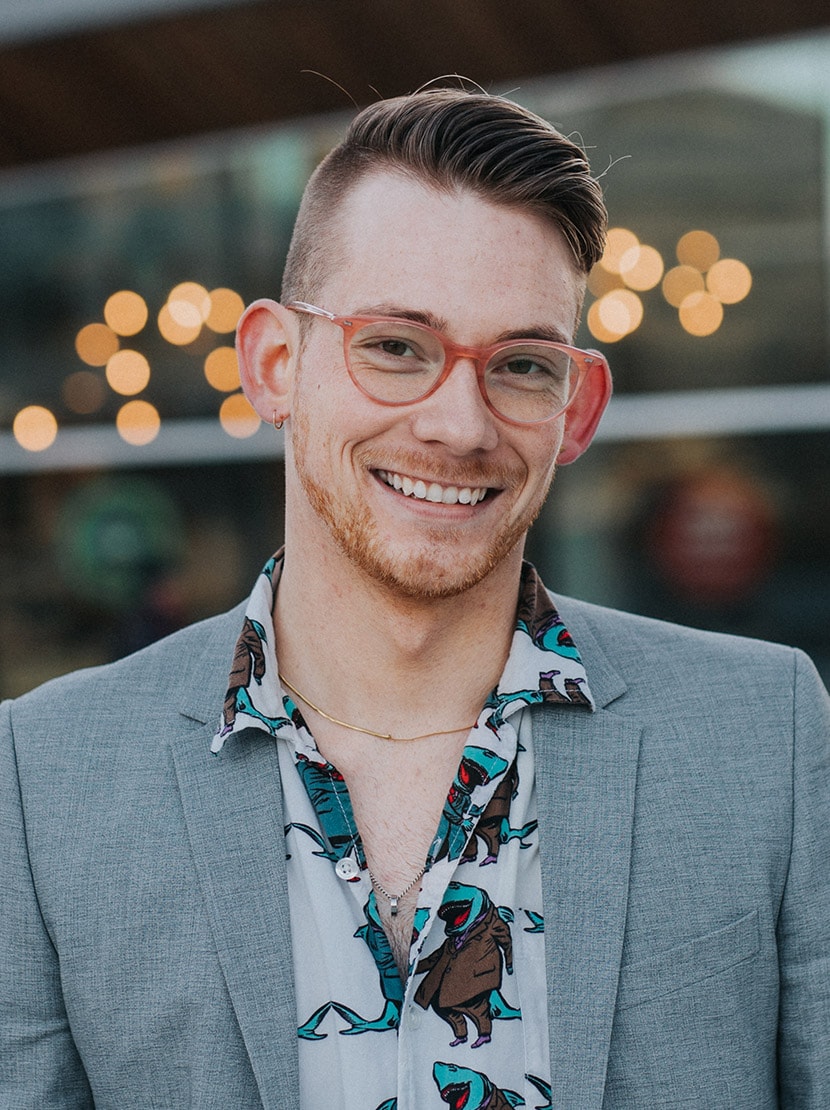 Known in some circles as the king of gradients, and others as the master of Flexbox (read: CSS geek), Jaiden is our talented Associate Creative Director. He got a headstart on client work in junior high when he built his first commercial website on Webflow, the platform where he would eventually find his place as Community Manager. Years later he worked as a Senior Designer and Art Designer for a series of Victoria agencies and Creative Director at B12.io where his campaigns were featured in Times Square.

He’s passionate about telling stories through design and sleeps better when he feels his work is adding value to society. In his leisure time you can find him camping on a beach or building his surf cred in Tofino.